Skip to content
FREE STANDARD SHIPPING ON ALL ORDERS!

BBdoll sex dolls are modeled using premium silicone. Premium silicone has the upper hand over TPE sex dolls since it is proven to cause no harm to humans. Sex dolls do not have body odor, unlike human partners, which at times might be a cause for lower sexual desire. Some people find sweat produced by their partners unpleasant, a problem not found in sex dolls.

It has been proven that sex dolls help ease vaginal pain in women in their monthly cycle by a great deal. Women who have sex toys also have more sleeping hours during their menses. BBdolls cause more blood to flow to the vagina and aid in the rectification of vaginal problems.

They Offer Sex On the Go

BBdoll has sex dolls with the customizable option of a removable vagina. This allows the user to carry the vagina with them and pleasure themselves at their convenience! What’s more, is that physical space is not a hindrance to achieving an orgasm.

They Provide a Plethora of Solutions to Issues Affecting Men

There are several sexual issues affecting men that sex toys can treat. Below are four issues treatable by sex dolls. 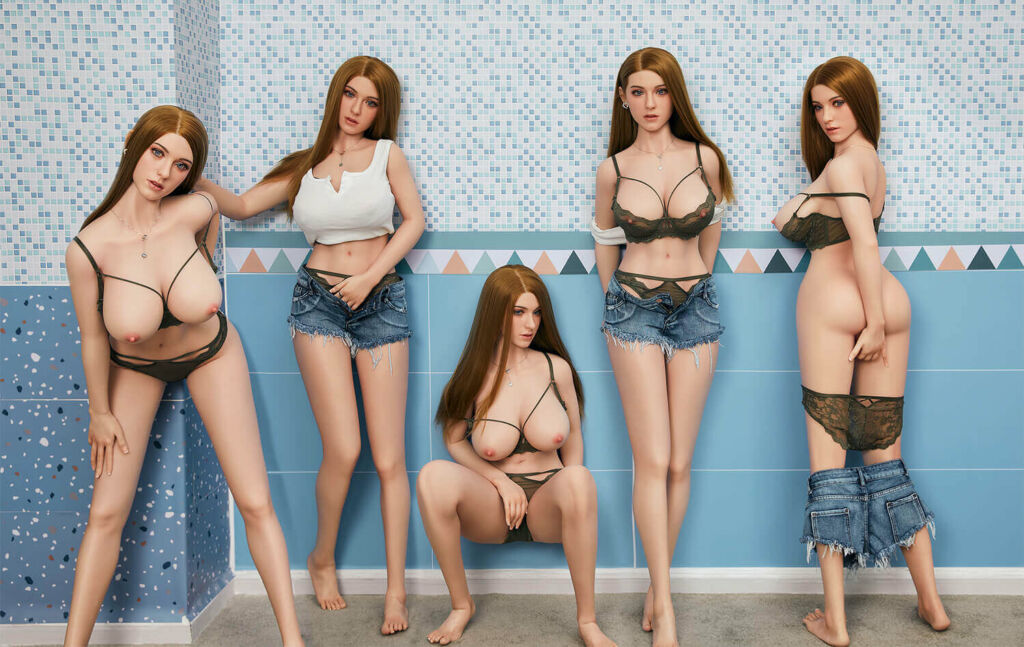 Sex dolls help to treat penile failure that is common in men. Penile failure can be treated using constriction rings which assist in holding an erection for a more extended period. Penile suction devices might also come in handy when trying to get an erection.

Low libido in men is caused by high levels of prolactin, low amounts of testosterone in the body, and low amounts of thyroid hormone. The libido might also be affected by any form of prescribed drugs by a doctor. Sex dolls offer an alternative of spicing up your sex life as well as helping those who have stayed for long without having sex get back to action.

Most men tend to be anxious and nervous about their bedroom performance, a topic that is usually shunned by most due to its sensitivity. If sex dolls are used, both parties tend to achieve orgasms leaving both partners happy and building on one’s confidence. Sex dolls have proven to be effective in helping people to achieve orgasms, especially when one partner has already climaxed.

Single people may not be experiencing any form of intimacy, which consequently causes sorrow and gloom. The idea of loneliness often scares people worldwide. However, sex dolls are human-like and give one the impression of companionship. These dolls can serve as bed-mates at night, helping those with sleeping disorders quickly get to sleep. This consequently leads to lesser migraines and improved moods in the affected persons.

Sex doll users often claim that they provide offer intimacy in lonely times. Users tend to form a bond with their toys and are relieved and delighted to get back to their sex toys upon coming back from work at the end of the day. This bond stems from the realization that the sex dolls will be there at their time of convenience.

More people are coming out and identifying as being either gay or lesbians. This, however, has been widely criticized. People tend to turn to sex dolls as they do not discriminate against people based on their sexual orientation. Both straight and gay people can also use sex dolls to provide satisfaction.

Studies have repeatedly proved that sex dolls often reduce the risk of prostate cancer in men who are sexually active either by sex toys or a physical partner. Prostate cancer is one of the leading causes of death in men. Other health benefits associated with the use of sex toys include stabilized blood pressure and increased immunity.

Sex dolls have generally impacted our lives in a good way in the various ways discussed in this article. They have a wide variety of advantages compared to the almost non-existent disadvantages. Doctors and sex therapists recommend including sex toys in your bedroom lives.

About the Author: Sarah